What Are the Five Latin Dances? 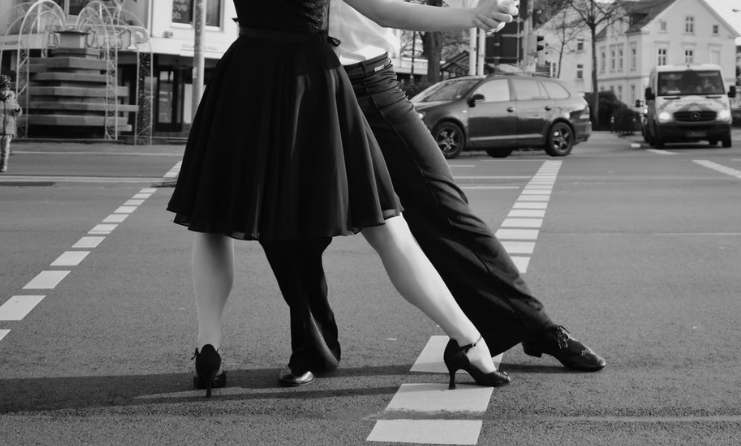 Fewer art forms bring more passion and intensity than Latin dancing. Even beginners get an absolute thrill out of the fiery dance moves and connections made whilst on the floor. Joining a Latin dance group is an excellent way to socialise and meet new people in the community.

Latin dancing is extraordinarily diverse and comes in many different forms. Continue reading below to learn the five major Latin dances and what makes them unique.

The cha-cha is a branch of mambo dancing that involves three steps performed at 4/4 time. It became popular in Cuba after World War 2 and is still one of the most prevalent dances in competitions worldwide. Cha-cha dancing is famous for its quick steps, flirtatious energy, and foot-focused movements.

What's more, the cha-cha has been an inspiration for numerous dance variations worldwide. It also remains the most popular Latin rhythm in pop music after five decades. The cha-cha is not only a dance but a cultural symbol across all of Latin America.

If you're looking for a lively movement that's incredibly fun and easy to learn, check for local cha-cha groups.

Rumba (sometimes spelt “rhumba”) is a ballroom dance that gained popularity on the east coast of the United States around the 1930s. The music is a combination of American big band and Afro-Cuban rhythm. In the early 20th century, Americans used “rhumba” to describe all Latin dance music.

The American rumba is taught in a box-step fashion, meaning the feet move in a rectangular shape. The steps and motion are sometimes similar to the cha-cha, especially in international rumba dancing.

Whilst the moves can be pretty challenging for beginners, they are still learnable with enough practice. It's an excellent choice if you want a more slow-paced dance that's fun and classy.

The samba is an energetic and lively dance with Afro-Brazilian origins. First developed by enslaved Africans in Brazil, it is the product of multiple influences, including Brazilian, Angola and Congo cultures.

Today, samba is the most popular form of dance in Brazil, and you’ll no doubt recognise it from the iconic scenes during Carnaval.

Samba doesn’t refer to one particular dance but rather a range of dances that all utilise the same music and rhythm in their performance. Initially, dancers would form a circle or line and clap to the rhythms.

Today, the two categories of samba are Brazilian and ballroom.

Brazilian samba is likely the one you’re more familiar with, known for its fast-paced movement and exciting choreography.

If you want a dance form that works just as well when dancing solo or in a pair, samba is an excellent and fun option.

A dance of African-American origin, the jive is often described as a more lively interpretation of the jitterbug. It is also frequently compared to the swing. Energetic, fast-paced moves executed in quick succession of one another characterise this dance form.

The first known demonstration of jive was performed by Cab Calloway back in 1934. However, its popularity truly thrived throughout the 1940s, where styles like Boogie, African-American Swing, and Rock & Roll helped influence its unique style.

It is one of the fastest Latin dances, making it exceptionally challenging. You can expect a lot of lifts, bending, and hip movement throughout a jive performance.

Sometimes referred to as the pasodoble, this style is a form of Latin ballroom dance. The term may have originated in either France or Spain, as it translates to two-step in Spanish. The brisk style and movement are comparable to a military-style march, with the same expert precision throughout.

Though often used as a social dance, its demanding choreography and fierce commitment makes it perfect for professional competitions. It is performed worldwide and remains significantly popular due to the skill it allows the dancer to exhibit.

Though it originated in France and Spain, it achieved global popularity in the mid-1940s, when it became the competition staple we know and love today.

The pasodoble may be for you if you enjoy a dynamic dance with flamenco-style feet stamping, confident strides, and quick steps.

It's virtually impossible to get bored with Latin dancing with all the different styles, music, energies, and themes. For beginners, the salsa and mambo are generally the quickest to pick up as they use basic step patterns. If you prefer something more classy and romantic, you can always opt for the rumba. And if you delight in frenetic energy and fast-paced rhythms, consider the jive or the paso doblo. Whichever dance style you choose, do your best and have fun!

As you foray into the world of Latin dancing, also make sure to equip your feet to keep up with the rhythms. Check out Supadance’s dance shoes collection and dance your heart out.